You’ve probably seen it before. No doubt you’ve heard it.

The sound of ‘mwah’ as two women kiss the air next to each other’s cheek.

It’s not really a kiss, is it?

It saves the make-up, right enough, but it’s going through the motions. It’s not exactly authentic.

Too many advertising efforts are a bit like that.

They’re more-or-less asking to be ignored because they’re not going the full distance.

They’re not talking to you or anyone else.

They put a marketer’s point of view out there and hope people will be impressed.

As you’ve probably heard in marketing seminars, work like that is one-way communication.

It’s the opposite of an original imagination.

Why would marketers approve it?

Others think they just don’t get it.

But that’s not Estée Lauder.

Their ‘We’re Stronger Together’ Breast Cancer Awareness Campaign doesn’t hold back on emotion.

It gets you on intimate terms with your feelings.

It’s new in the way it stresses action as well as awareness.

It showcases a genuineness about life, eating better, exercising, participating in healthful walks, sharing personal stories and supporting one another.

For more on authenticity there’s ‘Hear Our Stories. Share Yours’. http://bit.ly/WgEfhc.

As this Estée Lauder video will tell you, ‘An honest exchange unfolds’.

It’s an honesty we all need for our work.

Because it goes further than just ‘mwah’.

The guns fell silent; France was free toward the end of WWII.

Paris was liberated in August 1944.

In the cellars of the world-famous champagne maker Moët & Chandon in Epernay they had a special visitor.

The Supreme Allied Commander of Forces in Europe, General Eisenhower.

The Wehrmacht didn’t loot all the stocks of champagne.

So the General was asked what he wanted to drink.

‘A Coke’, was his instant reply.

There you have it.

Not just a product endorsement, but a natural preference. Believable and true.

It’s a preference that rates some of the world’s best and most expensive bubbly as a distant second to Coke.

How’s that for publicity?

It reminds us a bit of Wheat Thins, those humble little crackers.

They benefitted with an unexpected boost on The Colbert Report.

Colbert yakked on about Wheat Thins for seven minutes or so. A windfall for a product. http://bit.ly/1NFui5W

Funny stuff … droll and whacky as he crammed 17 Wheat Thins into his mouth in one go.

Try it yourself – you’re bound to get more than a few laughs.

As a product endorsement you’d have to say this stands apart.

It’s well ahead of the usual try-hard efforts that deserve an Olympic medal for feebleness.

With Colbert, Wheat Thins suddenly came into their own and became famous.

As the ad agency for Wheat Thins said, ‘the brand went from off the radar to off the shelves’.

Not surprisingly Colbert’s seven minutes of Wheat Thins antics did well on social media. Maybe you caught some of it.

Let’s hope they celebrated. With a glass of Moët, of course.

It’s still selling after all these years. It was published in 1961.

That was the title. Clunky, isn’t it? Awkward.

But with reconsideration and more time, Joseph Heller went for the alliterative title we all know today.

The same is true of another book you know. It also happens to work with alliteration.

You have to go back to Rome in the First Century AD to understand the Trimalchio reference.

He was an ostentatious fictional character. One who achieved power and wealth in a work  by Petronius called Satyricon.

With a bit of reconsideration and time, the Gatsby title won out.

Reconsideration and time can help ad agencies turn out better work as well.

The Volkswagen ‘Lemon’ ad doesn’t look like it was a rush job.

Read it and we think you’ll agree it doesn’t feel like it was done in a burning hurry. http://bit.ly/1Ozn68v

Each thought and sentence feels considered, skillfully so.

It’s the opposite of ads stalled by an indifferent strategy or an unimaginative execution.

The first line of copy, ‘This Volkswagen missed the boat’, was the original headline.

So said the great copywriter, David Abbot. He worked for Doyle Dane Bernbach at one time.

To get to the ‘Lemon’ headline you have to take a bit of extra time. Time thinking, fiddling, tweaking, and worrying.

Worry is a good thing when you’re creating something special. It gets you to look further for solutions.

Here, a measure of  credit should go to the VW brand manager.

Because we’re pretty sure of one thing.

That individual didn’t say, ‘get it to me by first thing tomorrow’. 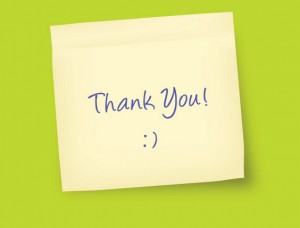 Who in your ad agency is doing a good job for you?

For marketers, the answers may come with the following three questions

You don’t want agency creatives to completely agree with you, do you?

You don’t require account directors to come up with precisely the same strategies that drive your actions, correct?

If agency people think differently than you do that can be good. Thank them.

Because they can help you guard against decline.

They can help you see your brand as all it can be.

They can help you cope with the disruption that regularly accompanies change.

They’re a weather eye against new developments in the marketplace.

They’re a safeguard against sticking with of old assumptions.

As contrarians they could be trying to save you from hitting the rocks.

To move your brand ahead and be better able to compete, informed pushback can help by challenging all you know. Or think you know.

After all, always seeing eye-to-eye with your agency people can lead to complacency.

The best agencies can help you avoid that by always aiming higher.

They can make you more self-critical and effective.

They can help you question old certainties and  strategies that have reached their use by date.

The best agencies can erase drabness in your communications. They can help you sidestep inert ideas and dullness in your messaging.

After all, they’re in the boredom alleviation business.

With a bit of well-judged audacity, like the Crazy Ones for Apple and Dove’s campaign for Real Beauty, they can help you stand out.

Agency people who are milquetoast and merely order-takers may not be the best choice for you.

Flip them the bird.

Because if you rely on yes men and women your competitors could get ahead and flip you the bird.